It’s got a phallic look to it, it’s red, it’s hot…what else do you need to turn a spice into an aphrodisiac? Perhaps some medicinal proof that it “gets you in the mood?”

Since many thousands of years ago, chilli has been used as an aphrodisiac, but are rumours about it being an aphrodisiac based in truth? And what other potential medicinal benefits may it have? Let’s investigate!

There’s nothing saying that a dark red room is sexier than a blue room, but what colour bedroom would you associate with sex? Red, of course! The colour of love and heat—and chilli.

Since time immortal…alright, since various people in South America started to cultivate the chilli pepper, it became synonymous with sex. The Mayans and Aztecs made a drink called xocolatl with water cacao, vanilla and chilli. Which is why, till this day, you’ll find chilli in chocolate. This drink was also known as an aphrodisiac.

And there was logic behind this—chilli produces warmth and moisture, while cacao acts as a stimulant that gives you a mood boost. Chocolate, when combined with some form of sugar like honey or cane sugar, furthermore give you a sugar rush. It’s a pleasurable food to eat, so it’s also associated with pleasure.

Till this day, if you look at menus and, indeed chocolate bars, around the globe, you’ll find this combination of cacao and chilli presented as an aphrodisiac. And till this day in Mexico chilli doesn’t just refer to a pepper, but also the private parts of men. This reference can be found in places like Hungary, too.

This association of chillis with aphrodisiacs may, in other words, mean that it gets us in the mood simply by us believing it will. Associations can be powerful if they are strong. And when combined with chocolate, chillis are truly linked to pleasure.

But what about science?

The Truth About Chilli Being an Aphrodisiac

Is there scientific truth behind chilling being an aphrodisiac?

The reason humans appear to love chilli so much—even though it stings—is that it helps release dopamine and endorphins. In other words, it certainly gets you in a good mood.

Chilli, furthermore, increases blood circulation. And we all know that good blood flow is necessary for good sex—both for men and women. If you’re feeling cold, blood won’t flow to your sexual organs, which, in turn, means that pleasure will be minimised. Now, the act of sex itself increases circulation, but sometimes a little booster won’t hurt as it will help you get in the mood faster.

If you combine chilli with some chocolate, not only will it taste great and put you into a pleasurable state of mind—it will also help release even more dopamine. At least if we’re talking dark chocolate.

To boost circulation further, exercise regularly and time it so that you finish your workout just before a sexy night with a loved one. And if you want to increase dopamine (and serotonin), again, exercise, but also spend time outdoors, and turn on some music. Getting enough sleep is, furthermore, important. In fact, dopamine levels tend to go down at night, which is why you might find yourself grumpy just before bedtime. So try getting it on an hour or two earlier…maybe after a spicy meal!

For better dopamine absorption into the brain, you can combine your chilli spiked food and luxurious dark chocolate desert with a small cup of coffee. Coffee will also help with circulation as it opens your blood vessels.

Those are all quick fixes to get you into the mood—the best “longterm” aphrodisiac is a healthy lifestyle where you’re fit, well rested, distressed, and topped up on healthy ingredients. If your  body doesn’t get what it needs to be healthy, your libido will slowly decrease. Also note that some people have genes that predisposes them to high levels of dopamine, in which case heightening it might leave them manic instead of turned on!

But yes, indeed, chilli is an aphrodisiac. The Mayans and Aztecs were correct assuming in that!

Does Chilli Have Medicinal Benefits?

It May Help You Loose Weight

Chilli may help you burn off fat faster and keep you from getting hungry. Eating red chillis and/or taking capsaicin has shown beneficial for some people trying to loose weight. While there are some contradictory stories, it appears that together with an overall improvement in lifestyle choices, chilli does indeed aid in weight loss.

You May Live Longer If You Love Chilli

The most common  spice used in this sample was chilli. And people who ate fresh chilli peppers had a lower risk of death from cancer, coronary heart disease (it may help break down bad cholesterol which could be a contributing factor to this), and diabetes.

It’s Painful, Yet It’s Not

Capsaicin is recognised by the body with the same sensor that picks up on heat—as in temperature. As a result, when you eat a chilli you think you’re eating something that’s, quite literally, hot. Only it’s not. So that burning feeling that you get is a false signal created by your body. You are not burning up, nor in any form of danger.

One study showed that people who eat 2.5 grams of red chilli pepper a day at first felt heartburn more intensely but that, over time, it decreases the pain as the body adjusts. In other words, the pain from the heartburn decreases because the body becomes desensitise to pain from the chilli.

However, these kinds of results only seem to happen if you keep eating the chilli—once you stop, the pain returns.

Eating a lot of chilli may reduce the pain from heartburn, but it could land you with an irritated stomach. There’s also mixed results with cancer studies—some indicate that chilli protects from cancer, others that high (and we’re talking high) consumption can cause it. As always—everything in moderation and if you have a sensitive stomach, stick to milder forms of chilli!

Most chemists and health food stores stock creams and patches containing capsaicin. This is because, just as with heartburn, it can help with other aches and pains, such as joint pains including arthritis, diabetic neuropathy, muscle pain, and migraine.

As peppers are burning hot, never apply chilli directly on the skin! Also, beware that some people experience pain, burning, itching, and swelling when they first use creams or patches containing capsaicin. This often goes away with continued use. Note that it can get worse if you add water, particularly hot water, to the mix and try to wash the cream away. Of course, if the pain is intense, you’d need to remove the cream anyway, but use cold water, or some oil (such as coconut oil or olive oil) to do so.

Before refrigerators, keeping food fresh was difficult. Chilli helped with this—it can kill up to 75% of harmful bacteria forming in food!

Now, this may not be a direct health benefit, but it certainly is an indirect one!

As chillis appear to increase peoples’ lifespans and make them feel good—even help them get in the mood for sex—it’s a good little fruit to stock up on. It should be noted, however, that chillis can cause irritation so as with most things—keep your consumption in moderation.

Chili as a Symbol of Culture and National Identity Across Eras

The Story of Chilli is One of Politics, Geography and Culture 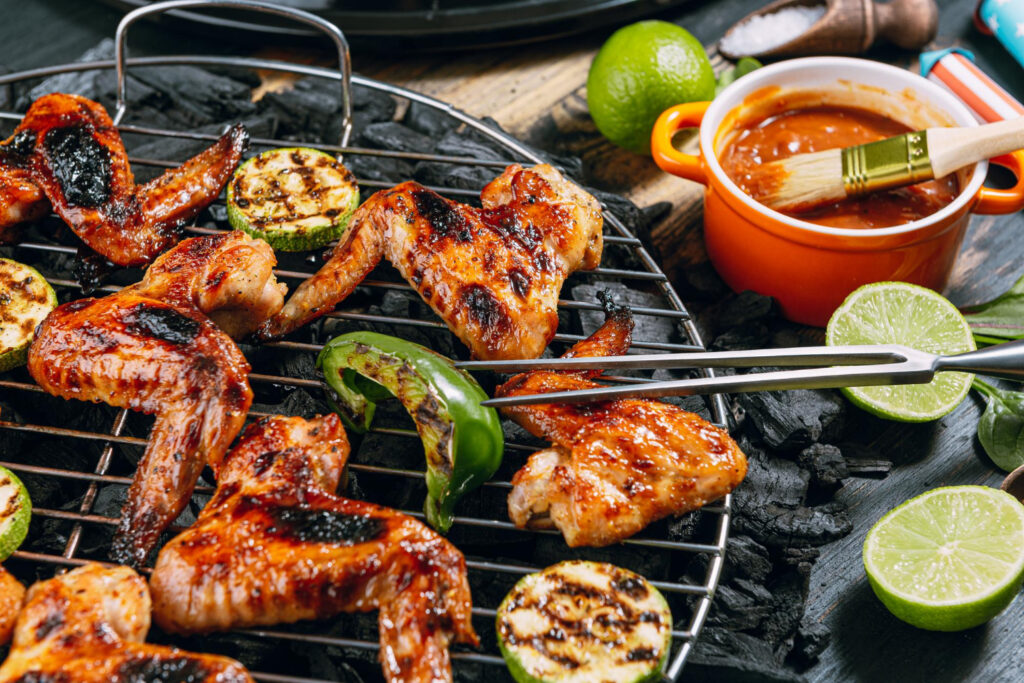 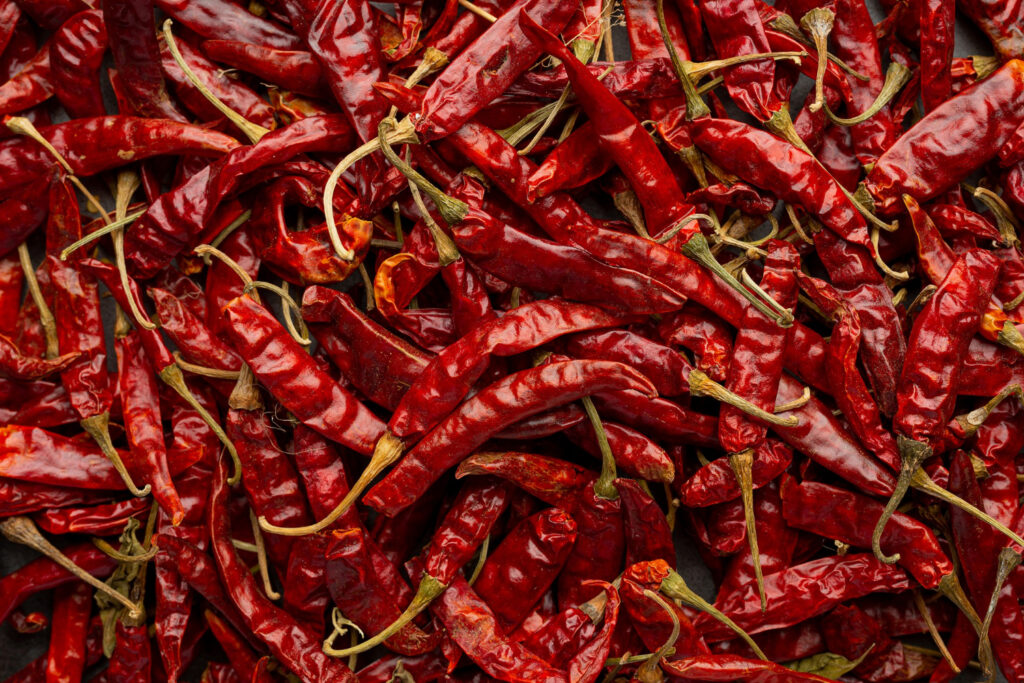